Anyone who can help me analyze the following diagrams from ForeScan and give me a hint what too looking for?

Problem:
- A broken EGR-valve was replaced with a new.
- No visual fault can be seen.
- EGR system cleaned.
- Learned values resetted
- Error code P1335, see below, keeps coming back every second time I switch on the ignition after a reset of error codes 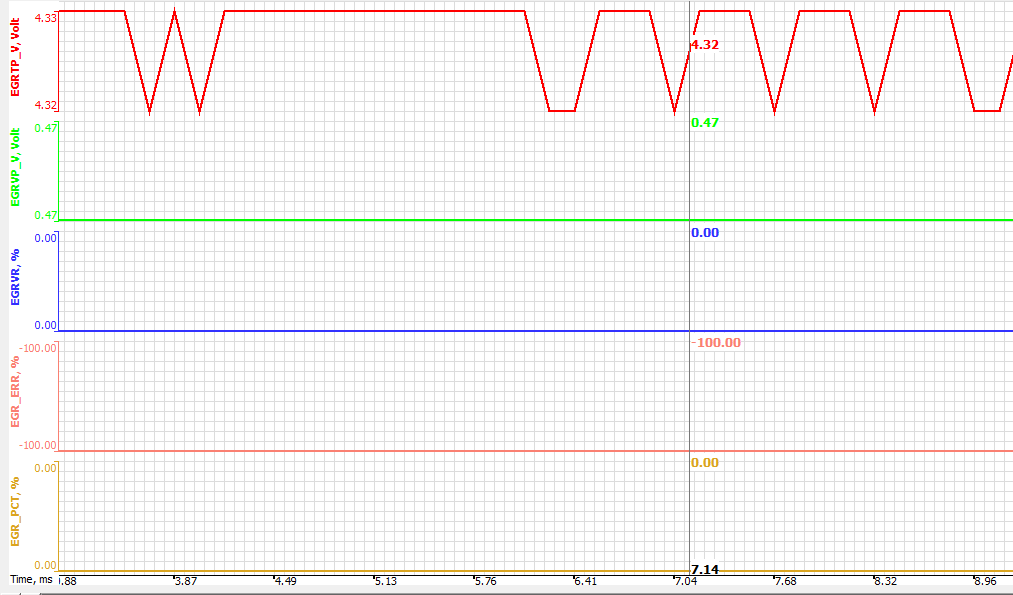 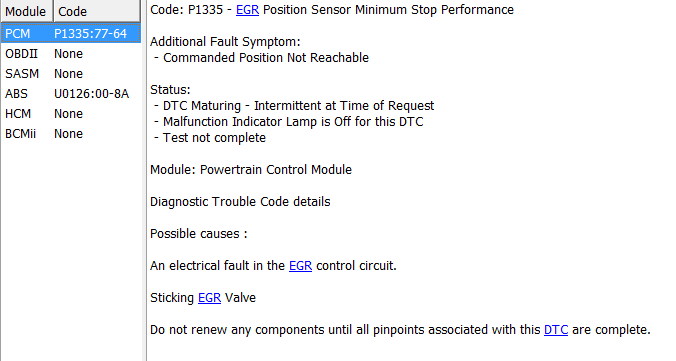 Does egrtp v the red trace, drop to around 1 volt for a second or two when the engine is switched off then return back to 4.3 volts, if not then the fault could be with the egr throttle valve which is located inside the air intake pipe just before it connects to the intake manifold.
08 mk4 mondeo 2.0 140 bhp
Top

Thanks for the tip William.
I will take à look at it tomorrow.

It was the EGR-valve that was faulty.
The third EGR that I bought work as it should and gives 0.97 volt on parameter EGRVP-V-VOLT instead of 0.47 volt.